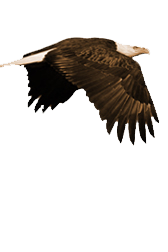 The History of Boston Construction and Roofing

23 Aug The History of Boston Construction and Roofing

The history of Boston construction goes back many years. It is fascinating to learn about how far technology has come with roofing and the construction industry. The puritan colonists from England that founded Boston in 1630 helped to shape the Boston that we see today. Over the years, the economy has had ups and downs, especially after conflicts like the American Revolution in 1775 when the British invaded Boston. The economy over the years had affected the infrastructure, as you can see in the photos below. After the 1950’s, the economy slowed up as there weren’t as many factories around. The economy began to pick up quickly in the 21st century as Boston soon became known as the city for intelligence with innovations in: medicine, education and technology.

1740 – Faneuil Hall Building – Georgian-style market. Symbol for colonial and revolutionary America. This was originally constructed from red brick, doric and ionic pilasters. After it burned down, it was re-constructed with noncombustible materials. 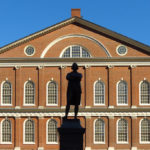 1798 – Massachusetts State House – This building was constructed on cow pasture owned by John Hancock. Symbol for Boston’s commonwealth. The golden dome was originally constructed from wood, but was later made from copper by Paul Revere. 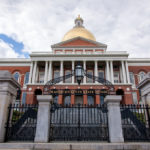 1800 – City recovered after the British invasion, became main transportation hub for New England with its boats, railroads and transportation. 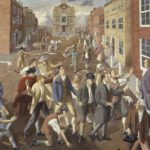 1895 – almost 100 years after state house construction was the Park Street Station. This is the oldest Subway in Western Hemisphere. This is also first biggest linking of Boston with the surrounding regions, and the first subway constructed in Boston. 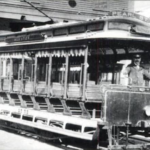 Between 1870 and 1920 – The first triple Decker – Affordable residential multi-family housing.  These were easy to build and inexpensive to reproduce. These houses has strategically placed windows to allow for natural light, columns were next to the porch, and the roofs were flat roofs. These houses were almost always made from wood, with one single door leading into the house. These style houses were replicated in Boston and led to its rise in population. 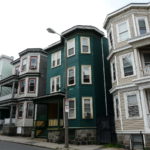 1910 – The Custom House Tower – This was Boston’s first constructed skyscraper that was 496 feet tall. This went well over the city’s 125 ft construction cap. This was a cross-shaped Greek Revival structure with a Roman dome on top. The columns are made from granite and are 32 feet tall. The exterior is made from Vermont white maple and Grecian doric.  The building is built on 3,000 wooden piles drilled through bedrock. It is now a Marriott Hotel. 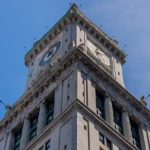 1934 – The first road that directly connected under the Boston harbor was the Sumner Tunnel. This tunnel was constructed between the North End and East Boston. It carries significant traffic under the Boston Harbor in one direction. It leads to the Logan International Airport and Route 1A in East Boston. 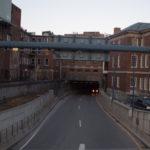 1950 – As the industrial region reached its peak, many factories and textile mills were closing down. 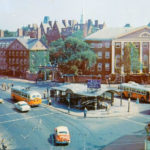 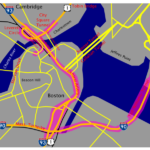 1964 – The Pru – The tallest building in Boston, surpassing the height of The Custom House Tower, pairs nicely with Boston’s skyline. The 52-story building designed by Charles Luckman Associates, is a recognizable building today against the skyline. 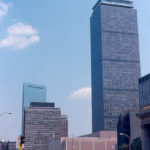 1968 – The City Hall – Designed in 1962 and built in 1968, has a more modern design compared to the many brick designs of Boston buildings. It’s constructed from white brick, quarry, terra cotta and concrete.  The sleek design with its flat roof, give it an interesting look to the city of Boston. 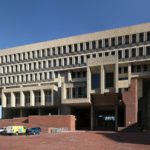 By the 21st century, Boston’s economy recovered city with medicine, education, technology and included many suburbs outside the center of the city. 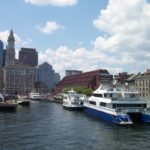 1973 – Logan Air Traffic Control Tower – The 285 foot control tower is 22 stories and was the largest airport control tower in 1973. This signaled Boston’s growth, as larger buildings were being constructed. After this, Boston boomed as a tourist destination. 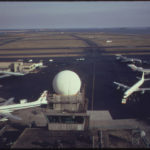 1976 – 200 Clarendon – This tower is formerly known as the John Hancock, is the tallest building in New England. The largest possible panes of glass were used for this structure. Although the tower is a sight to see, it is known for its engineering and architectural flaws. It is 790 feet tall and designed by Henry Cobb. This accelerated the modern-style buildings of Boston. The population peaked at this time to more than 800,000 people. 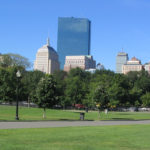 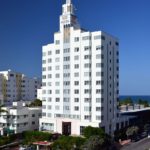 2007 – Big dig created in 2007 to help ease traffic congestion. This also made the Zakim Bunker Hill Bridge, which is more than 70 acres of parks in Boston. The highway had to be built under tunnels and railroad tracks, which was a big engineering obstacle. 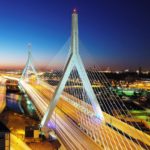